The role of sensors in modern HVAC systems

The importance of HVAC control systems in achieving the desired indoor conditions at the minimum possible energy consumption cannot be overstated. As buildings are still one of the major energy consuming sectors worldwide, the emphasis on the development of energy saving control solutions by the industry and the academia is becoming stronger.

Sensors can be installed to measure a number of different parameters that have a significant impact on the comfort level of occupants like temperature, humidity, carbon dioxide etc.

Humidity measurements can also be of great importance for the efficient operation of an HVAC system. Humidity sensors can measure relative or absolute humidity and convert the measured values via a transmitter to an output signal of 0-10V or 0-20mA or 0-100% PWM. The two most popular types used in systems with automatic control are the capacitive film sensor for most widespread applications and the chilled mirror type for applications where greater accuracy is required.

Pressure measurements can be of interest in the design and operation of an HVAC system either as a value relative to the atmospheric pressure (gauge pressure) or as a difference in pressure between two points in the system. In most cases, a pressure sensor contains a diaphragm that gets displaced with increasing pressure. The pressure value is determined by measuring the displacement of the diaphragm. A few of their most widespread applications are for monitoring the condition of air filters, adjustment of air volume dampers and the monitoring of air flow in ducts.

Air quality sensors are used to monitor whether certain air contaminants are kept within acceptable limits. They are often used in demand controlled ventilation systems where, for example, the concentration of carbon dioxide in the air acts as an indication of the presence of people in the room. Total Volatile Organic Compound (TVOC) sensors are also available to monitor the level of concentration of polluting particles originating from a variety of sources like paint, disinfectants, furniture, carpets etc.

Finally, toxic gas sensors are often installed in places where combustion processes are expected to have a significant impact on the air quality mainly on the level of carbon monoxide (CO) and nitrogen dioxide (NO2). The most common example are enclosed parking spaces where the constant monitoring of such toxic gases is essential for securing an adequate supply of fresh air.

There are a number of parameters that someone needs to take into consideration before selecting and installing a sensor for a specific application. First of all, it must be ensured that the selected sensor is capable of detecting the quantity under study (ie. Temperature, humidity, CO2 etc), that the expected range of values is within the detecting range of the sensor and that the sensor has the desired accuracy and sensitivity.

In addition, in some specific applications the response time of the sensor, ie. the time required by the sensor to vary its output signal following a variation in the measured quantity, can be of significant interest. The key parameter here is the time constant of the sensor, which indicates the required time for the output signal to change by 63% of its final value.

The correct positioning of the sensors is crucial for the correct functioning of a control system. The mounting location must be representative of the quantity being measured. Especially temperature and humidity sensors must not be exposed to direct solar radiation or be installed close to heat sources. Additionally, external walls, positions with frequent direct airstreams or places behind furniture must also be avoided.

Sensor manufacturers, such as Sentera Controls,  usually combine multiple sensors into a single device. Temperature sensors are often combined with humidity sensors and come in a variety of different enclosures depending on the intended application, eg. Room sensors, duct sensors or outdoor sensors. Similarly, air quality sensors (CO2, TVOC, CO, NO2 etc) are also often combined with temperature and humidity sensors into a single device. The energy efficiency of modern HVAC system is greatly enhanced by the proper communication between sensors, controllers and HVAC components, for example fans or dampers. As a result, it is of great importance that the whole systems communicates via the same communication protocol, for example Modbus RTU. 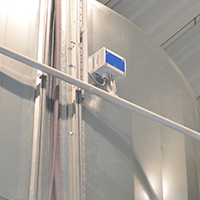 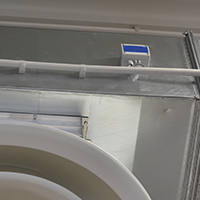 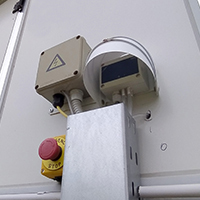 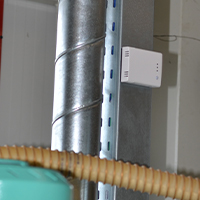 The energy consumption of an HVAC is not only a factor of the efficiency of its components but also depends on their proper control and the correct communication between them. The correct selection and installation of sensors is the cornerstone of every well-functioning control system as they allow the real-time monitoring of the indoor environment. As a result, this allows the various HVAC components of the system to vary their performance accordingly in order to achieve the desired indoor conditions at the minimum possible energy consumption.